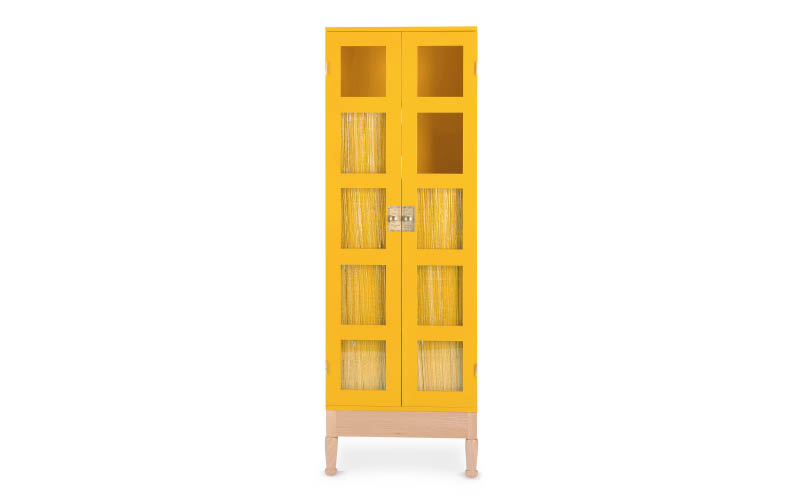 I lay on the bed trying to quit smoking and started instead to collect National Geographic magazines, loosing myself into other worlds, primeval forests or the surface of the moon, visiting craftsmen in different cultures. It soon became an obsession. In the end I was buying issues I already had. That’s when I made this cabinet. To limit my the size of my collection and put an end to the whole damned nonsense.
Later, when I put the cabinet on display at the Liljewalchs Art Gallery in 1988, this sweet old lady said she wanted to buy it. But she was astonished when she realised the Magazines were included in the price – and said , she wanted another for her own Collection. So I had to measure it all up again in preparation to make a new one. But it was such a chore. I’d already made my cabinet. So I never came to anything.
Mats Theselius later perfected National Geographic cabinet for Källemo.