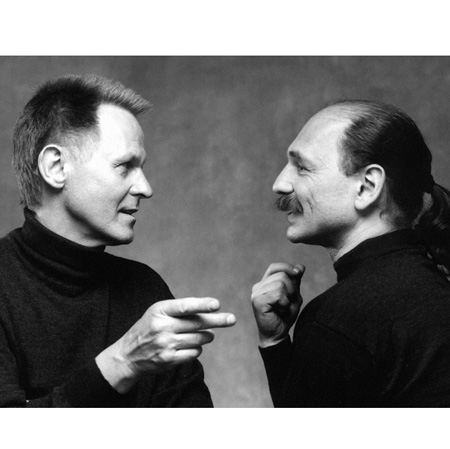 Freelance designer since 1969,Lamp design for Le Klint A/S from 1969. Employed by Ib and Jørgen Rasmussen 1977-86, architecture and design, design for Kevi and Herman Miller.

Since 1987 cofounder and partner of KOMPLOT DESIGN.

Industrial and Graphic Designer MDD, born in Leningrad 1953, graduate of the Institute of Applied Arts and Design, Leningrad 1975.

Since 1987 cofounder and partner of KOMPLOT DESIGN.

Komplot Design is a partnership of Poul Christiansen and Boris Berlin, the firm was established in the beginning of 1987.The company works within the fields of industrial, furniture and graphic design.

2011
Design Award of the Federal Republic of Germany for ”NOBODY & Little NOBODY” chairs, DE